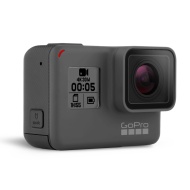 alaTest has collected and analyzed 829 reviews of GoPro Hero5 Black (2016). The average rating for this product is 4.6/5, compared to an average rating of 4.0/5 for other Camcorders for all reviews. People are impressed by the durability and image quality. The design and size also get good feedback, whereas views about the battery and price are different.

We analyzed user and expert ratings, product age and more factors. Compared to other Camcorders the GoPro Hero5 Black (2016) is awarded an overall alaScore™ of 94/100 = Excellent quality.

Below is a list of reviews for this or similar products. If you think this grouping is wrong please click here to flag.
Read more on our FAQ’s page.
Showing 1 - 10 of 289 Show Reviews: in English | in other languages (530)

Going on holiday is always the perfect time to test out an action camera such as the GoPro Hero 5 Black. So when I booked in two weeks in Vietnam, I figured it would be opportune to break out what I initially described as GoPro's "best camera to date"...

GoPro's recently announced Hero5 camera marks quite a significant upgrade over the previous flagship model. I managed to battle past the crowds gathered around the GoPro stand at Photokina to take a closer look at the new action camera.

An awesomely powerful piece of kit, but not without its flaws

Doesn't feel as sturdy as previous gen ; Touchscreen fiddly to use in the wet ; Editing on desktop still clunky

Buttery-smooth 4K video comes as standard with the Hero5 Black, while a touchscreen interface and voice activation makes it the most user-friendly GoPro to date. However, it doesn't feel as robust without its plastic casing, and that touchscreen can be...

A new GoPro flagship action camera has finally arrived, two years after its predecessor. The Hero5 Black - which was announced alongside the Hero5 Session and the long-awaited Karma drone - and brings a host of new features with it. The GoPro Hero5...

Connection to app still fiddly, mounting system not simple until you know how, battery life could always be better

The GoPro Hero5 Black is the GoPro we have all been waiting for. The company's previous offerings deliver great results, but the new device adds more than enough to warrant an upgrade - and not just because of the great image and video quality.

It's been a long while since GoPro launched the Hero 4 Black, but has the Hero 5 been worth the wait? Well it certainly has. Read our GoPro Hero 5 Black review to find out why.

The Hero 5 Black is the best action camera we’ve tested and the fact it’s cheaper than the outgoing Hero 4 Black sweetens the deal even further. With GPS, water resistance and video stabilisation, the Hero 5 is a fantastic upgrade from a Hero 4 Black.

It’s not quite perfect, but when the GoPro Hero 5 Black takes all the fancy features from its other models and crams it into a single device, it’s by far the most well-rounded action camera money can buy right now. It’s also a Brexit-beater, too. We’ve...

The GoPro Hero5 Black is one of the latest additions to GoPro's range of cameras and includes some new features over the previous model, as well as improved battery life and still-image quality. We gave it to our lab experts to find out how what its...

It’s inevitable: with more features, better ease of use, and waterproofing, plus improved audio capture, the GoPro Hero 5 is the new king of action cameras. 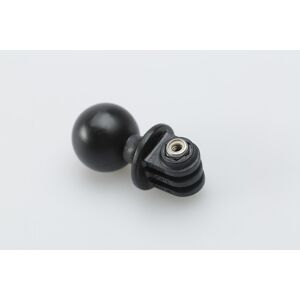 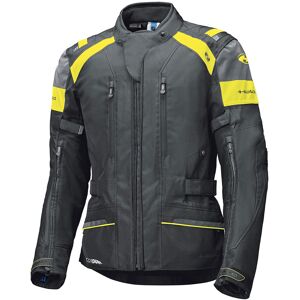