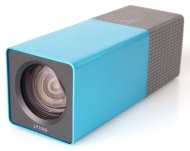 alaTest has collected and analyzed 340 reviews of Lytro Light Field. The average rating for this product is 3.1/5, compared to an average rating of 4.3/5 for other Digital Compact Cameras for all reviews. Reviewers are impressed by the focus and design. The performance and usability are also appreciated. Views are divided on the durability, and there are some less positive reviews about the size and color.

We analyzed user and expert ratings, product age and more factors. Compared to other Digital Compact Cameras the Lytro Light Field is awarded an overall alaScore™ of 87/100 = Very good quality.

Below is a list of reviews for this or similar products. If you think this grouping is wrong please click here to flag.
Read more on our FAQ’s page.
Showing 1 - 299 of 307 Show Reviews: in English | in other languages (4)

80% of the reviews on Amazon.co.uk give this product a positive rating.

alaTest has collected and analyzed 283 user reviews of Lytro Light Field from Amazon.com. The average user rating for this product is 3.0/5, compared to an average user rating of 4.2/5 for other Digital Compact Cameras on Amazon.com. Reviewers really like the design and focus. The usability and performance are also appreciated, but some have doubts about the durability and image quality. Comments are divided on the screen.

64% of the reviews on Amazon.com give this product a positive rating.

Fantastic technology that's as cutting edge as it is expensive. An asset for macro fans and certainly impressive, but the Lytro remains a novelty purchase until established camera manufacturers integrate the tech. The Lytro Light Field Camera is easy...

The Lytro camera is an amazing technological achievement: a marvel of design that really is like nothing else on the market. But innovation aside, it may not prove that useful or fun just yet for advanced photographers – or even everyday snappers.

There's something truly incredible in the Lytro concept that I'm hoping we'll get to see in the future. That could be in a future Lytro camera; or licensed to the likes of Canon, Nikon or Sony for a next-generation digital SLR; or to Apple, Samsung,...

Review Since before the days of Fox Talbot, cameras have worked like the human eye. A lens focuses an image on a plane, be it a retina, silver halide or electronic sensors. The Lytro is different

Over the last couple of weeks I’ve been pondering what the usefulness of the Lytro Light Field Camera. Much like when I had my first Sinclair Z80 computer people said: yes, but what’s it for? I’ve decided the job of the Lytro is to make you think...

The Lytro Light Field sensor is capable of capturing all the light in a scene, giving you a new way to play with depth of field in your photographs

Screen can be tricky to view, which can make it hard to frame a scene, especially outdoors

The Lytro is an innovative camera that can capture all the light in a scene and let you play around with the depth of field after you take the photo. It's a camera that should appeal to photography and camera enthusiasts.

The Lytro lives up to its promise of capturing images that you can focus after they've been shot, but its image quality and ergonomics are poor, making the camera little more than an overpriced toy.

The camera's lens has a rather long 8x zoom range, which covers an approximate 35-280mm focal range. But you won't be able to access all of the zoom in the Lytro's default mode. You'll be limited to a 35-123mm field of view, unless you switch to the...

Editors' note: On July 24, 2012, Lytro released a Windows 7 (64-bit) version of its desktop software, which is required to offload and process pictures from the light-field camera. The Lytro camera can now be used with Mac OS X 10.6.6 or later and...

The eye-catching, revolutionary Lytro Light Field Camera creates photos that you can refocus again and again -- after you've shot them -- opening up new creative possibilities.

The proprietary Lytro image file format can only be processed and edited with Lytro's software. Low-light photo quality is disappointing. Its LCD is poor for such an otherwise high-end device.

The Lytro Light Field Camera rethinks photography with its unique hardware and fascinating image output. But if you're not a gadget-loving early adopter with deep pockets, steer clear until Lytro makes improvements.

There was a lot of excitement when the New York Times wrote about a small company promising to make focus errors a thing of the past. A camera that allowed you to focus after you take the picture. Its subject was Lytro, a startup promising to make its...

The Lytro LFC is unlike any consumer camera we've ever seen before - it captures fundamentally different information and produces output unlike any conventional model. Lytro must be commended for having made something so comparatively consumer-ready...

8x32 Professional Binoculars for Adults – Best Bird...
EUROPEAN COMPANY WITH 96% SATISFIED CUSTOMER RATING – LIFETIME WARRANTY - Get a Lifetime Warranty with your... £89.00 TO SHOP

Nikon Used Nikon Z6 - DSLR Cameras
Adaptability. It’s about remaining fluid, open. Preparing for nothing, but being ready for anything... £1319.00 TO SHOP

Canon Used Canon EOS 70D - DSLR Cameras
At the height of technology, the Canon EOS 70D Digital SLR Camera can open up your perspective on whats... £404.00 TO SHOP

Fuji Used Fujifilm X30 - Compact System Cameras
Compact and light in design, the Fuji X30 Digital Camera allows you to expand your knowledge base of... £339.00 TO SHOP