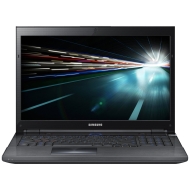 alaTest has collected and analyzed 401 reviews of Samsung Series 7 Gamer / 700G7A / 700G7C / 700Z7C. The average rating for this product is 4.1/5, compared to an average rating of 4.0/5 for other products in the same category for all reviews. People are impressed by the design and usability. The price and screen also get good feedback. There are some negative reviews about the touchpad and battery. There are some mixed reviews about the energy efficiency and reliability.

We analyzed user and expert ratings, product age and more factors. Compared to other products in the same category the Samsung Series 7 Gamer / 700G7A / 700G7C / 700Z7C is awarded an overall alaScore™ of 85/100 = Very good quality.

Below is a list of reviews for this or similar products. If you think this grouping is wrong please click here to flag.
Read more on our FAQ’s page.
Showing 1 - 226 of 315 Show Reviews: in English | in other languages (18)

alaTest has collected and analyzed 81 user reviews of Samsung Series 7 Gamer / 700G7A / 700G7C / 700Z7C from Amazon.co.uk. The average user rating for this product is 4.0/5, compared to an average user rating of 4.0/5 for other products in the same category on Amazon.co.uk. People are impressed by the design and screen. The usability and price also get good reviews, but some have doubts about the battery and portability.

85% of the reviews on Amazon.co.uk give this product a positive rating.

alaTest has collected and analyzed 135 user reviews of Samsung Series 7 Gamer / 700G7A / 700G7C / 700Z7C from Amazon.com. The average user rating for this product is 3.9/5, compared to an average user rating of 3.9/5 for other products in the same category on Amazon.com. Reviewers really like the screen and price. The design and usability are also appreciated. Comments about the battery and reliability are mixed. Some have doubts about the portability.

81% of the reviews on Amazon.com give this product a positive rating.

An attractive laptop powerful enough to run the latest games. What's the catch?

Gaming laptops such as the Samsung Series 7 Gamer can be a funny old breed. The idea of a portable PC powerful enough to play the latest games certainly appeals. But the reality is often a system that, due to its high-powered components, is bulky,...

For many PC gamers, owning a powerful laptop that will let them have their fun anywhere is preferable to staying rooted at home with an oversize desktop rig. The Series 7 Gamer is Samsung's answer - but how does it stack up against other...

Overall the Samsung Series 7 Gamer is a great choice for anyone who needs the best hardware on the go. Though you can find other portable systems that top it in benchmarks, this model manages to stay in an affordable price range. The power and style of...

There has been a small flood of big-screened gaming mega laptops recently, timed to coincide with the release of Nvidia's latest graphics and Intel's newest processors. Ivy Bridge Core i-series CPUs started in quad-core configurations first , although...

The Samsung Series 7 Gamer has a fantastic screen, plenty of ports, a blazing processor and graphics, and most of the features you'd be looking for in a gaming desktop replacement.

This clunky beast isn't a looker, and it's hardly priced to be relevant to most shoppers: at slightly under $2,000, this is a specialty item.

The Samsung Series 7 Gamer is huge, expensive, and unattractive, but it's also one of the best gaming laptops that we've seen this year. If you don't mind its beefy 17-inch form, you won’t be disappointed.

Samsung's latest high-end laptop, the Series 7 Gamer, has been designed with one thing in mind – as its name suggests, the 17in desktop replacement is aimed at anyone looking for a portable gaming powerhouse.

The alluring backlit keyboard. Photo: Jason Evangelho Any laptop manufacturer can pack an array of drool-worthy gaming components into a 17” frame; not every manufacturer can solicit an emotional attachment to that hardware. Yet that's precisely what...

Overall, the Samsung Series 7 Gamer is unrivaled in its $1899 price range ($1745 on Amazon at the time of publication) and comes with an enthusiastic recommendation for serious PC gamers. Comparable notebook systems generally extend into the $2000+...

Packed to the gills with power, features and with a big, beautiful screen, this is the best entertainment laptop we've see

However, if what you need is a powerful system for home that you can put away at the end of the day, or a portable gaming and entertainment centre, this has got everything going for it, even the price. It is very expensive, but with the equivalent...

Samsung Series 7 Gamer review: the company's first gaming laptop makes its way to the US

Sure, thin, light and power-efficient may be the latest trend in notebook design, but one category of portable computing isn't afraid of going against

Despite suffering a handful of faults common to oversized laptops, the Samsung Series 7 Gamer excels where it counts. Gamers looking for a rig that's easy to relocate won't be disappointed.

Samsung's Series 7 lineup is targeted at folks who want a little more oomph in their laptops, offering larger screens, gaming-ready GPUs, and potent processors. It's time to meet the family's...

A tale of two titans

The Samsung Series 7 Gamer delivers on most fronts, making for a powerful gaming laptop that's equipped with some great features. Its minor shortcomings are tempered by its reasonable price tag.

Different modes are of questionable value. Minor amount of flexing on the lid. Some bloatware.

Although we tested the Series 7 Gamer both "Balanced" and "Gaming" modes, scores from the latter mode were used for the sake of comparison since it is, after all, a gaming laptop. Moreover, unless conserving battery life is imperative, many users would...

For many PC gamers, owning a powerful laptop that will let them have their fun anywhere is preferable to staying rooted at home with an oversize desktop rig. The Series 7 Gamer is Samsung's answer--but how does it stack up against other...

A great system for game fans on the go, the Series 7 Gamer won't completely break the bank.

Samsung 10.1" LTE Active Pro Galaxy Tab in Black (SM...
We understand that business doesn't just take place in the office, so the Galaxy Tab Active Pro helps you... £679.00 TO SHOP