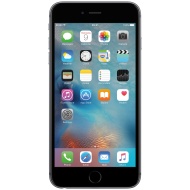 alaTest has collected and analyzed 6438 reviews of Apple iPhone 6s Plus. The average rating for this product is 4.5/5, compared to an average rating of 4.1/5 for other Cell phones for all reviews. Reviewers really like the battery and performance. The screen and usability also get good opinions, whereas there are mixed opinions on the reception and reliability. Many are negative about the price.

We analyzed user and expert ratings, product age and more factors. Compared to other Cell phones the Apple iPhone 6s Plus is awarded an overall alaScore™ of 91/100 = Excellent quality.

Below is a list of reviews for this or similar products. If you think this grouping is wrong please click here to flag.
Read more on our FAQ’s page.
Showing 1 - 177 of 4954 Show Reviews: in English | in other languages (1374)

alaTest has collected and analyzed 34 user reviews of Apple iPhone 6s Plus from Amazon.co.uk. The average user rating for this product is 4.0/5, compared to an average user rating of 4.1/5 for other Cell phones on Amazon.co.uk. People are impressed by the camera and screen. The battery and performance are also mentioned favorably. Many are less positive about the size and portability. Views are divided on the price.

alaTest has collected and analyzed 133 user reviews of Apple iPhone 6s Plus from Amazon.com. The average user rating for this product is 4.3/5, compared to an average user rating of 3.8/5 for other Cell phones on Amazon.com. Reviewers are impressed by the usability and screen. The design and portability are also appreciated, but some have doubts about the GPS navigation and reception.

86% of the reviews on Amazon.com give this product a positive rating.

iPhone 6S Plus Review: The first S upgrade from Apple worth having

One of the best performing smartphones we've seen in 2015...

The best big screen iPhone yet

iPhone 6S Plus review: still bigger, and a bit better

Apple's phablet is back, and it's better than ever

One-hand use is tricky

It's September, the kids have gone back to school, Starbucks has started selling Pumpkin Spice Lattes, and Apple has released two new iPhones : the iPhone 6S Plus being the larger 5.5-inch screen device than the standard 4.7-inch 6S . But with this...

It's big and heavy which simply won't be suitable for everyone, screen resolution behind the flagship curve

Just like the original, the Apple iPhone 6S Plus is the big-scale Apple phone for the kind of user who uses two hands and isn't bothered about the weight or space needed to fit one into their pocket.

Is the 6s Plus any more than just a scaled up 6s? Well this time round it might just be...

Big bold screen to show off your pictures ; OIS is a much appreciated newly added boon for shooting 4K video ; 3D Touch is the future of smartphone navigation

A little too much phone to handle for smaller hands ; Apple can afford to pack a few more pixels into all that screen real estate in light of 4K

Just as big, but a little better

Apple has reinvigorated its phablet without rewriting the playbook thanks to its smart 3D Touch technology and a more power under the hood. It's not the upgrade some will have been hoping for, but it's the upgrade we've got.

It may not slip off the tongue as easily as iPhone 6 Plus, but the 6S Plus is better in almost every way. And now the iPhone 7 is out, the 6S Plus is a better deal. Find out why in our iPhone 6S Plus review

The iPhone 6S Plus is a remarkable phone, and it's still a fantastic phone 12 months on. The 16GB model has finally been banished and the new minimum storage of 32GB should be workable for a lot of people. 3D Touch can sound gimmicky, but it’s...

The iPhone 6S Plus is incredibly fast, adds the brilliant 3D touch and has a top-notch camera – it's a superb high-end phone

If the iPhone isn’t for you, our best smartphone guide will have a suitable handset.

Apple iPhone 6s - 32 GB, Silver
Get more from your smartphone with the new iPhone 6s.Improved performance From everyday phone usage to... £273.00 TO SHOP

Apple iPhone 6s - 32 GB, Gold
Get more from your smartphone with the new iPhone 6s.Improved performance From everyday phone usage to... £273.00 TO SHOP

Apple iPhone 6s - 32 GB, Space Grey
Get more from your smartphone with the iPhone 6s.Improved performance From everyday phone usage to keeping... £303.00 TO SHOP