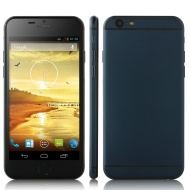 alaTest has collected and analyzed 4115 reviews of Huawei Honor 6. The average rating for this product is 4.5/5, compared to an average rating of 4.1/5 for other Cell phones for all reviews. Views about the design and price are on the whole positive. The usability and performance are also appreciated.

We analyzed user and expert ratings, product age and more factors. Compared to other Cell phones the Huawei Honor 6 is awarded an overall alaScore™ of 89/100 = Very good quality.

Below is a list of reviews for this or similar products. If you think this grouping is wrong please click here to flag.
Read more on our FAQ’s page.
Showing 1 - 187 of 241 Show Reviews: in English | in other languages (256)

alaTest has collected and analyzed 176 user reviews of Huawei Honor 6 from Amazon.co.uk. The average user rating for this product is 4.5/5, compared to an average user rating of 4.1/5 for other Cell phones on Amazon.co.uk. Reviewers are impressed by the screen and design. The price and usability are also appreciated, whereas there are some critical views about the reliability.

However, after comparing to some other phones of this size, it's a slight shame that it has such a boxy shape. While the sides of the Honor 6 are slightly rounded, the edges are still fairly severe, and using more of a curvature would have made it...

Huawei, the Chinese manufacturer, has decided to unleash a new brand under the name Honor. The plan is to cut out shops and sell online only so as to save

A near high-end Android phone at half the price

Huawei should be reasonably proud to put its name to this affordable Android powerhouse, even if it doesn't look like much.

We review the Huawei Honor 6, a refreshingly affordable Full HD phone with some very strong specs for the price.

With the Honor 6, Huawei has crafted one of the best mid-tier smartphones of recent times. For less than £300, you get a sharp Full HD screen that’s solid for movies, 4G support for streaming media, smooth performance and a pair of dependable cameras....

Honor is a new smartphone brand in the European market and its first smartphone to arrive in the UK has specs to rival Apple and Samsung but at half the price. Also see: Best smartphones 2014 and Best Android phones 2014.

You can't use its fastest 4G speeds in the UK yet, but the Honor 6 is still a good smartphone at this price

Honor is a new name in smartphones and we've taken a look at the first model to bear the logo. Here's our in-depth Honor 6 review; it's a phone which offers specs to rival Apple and Samsung at half the price. Also see: Best smartphones 2014 and Best...

We're seriously impressed by the Honor 6 which costs just £249 while providing specs you would normally pay a lot more for. It has a decent 5in Full HD screen, high quality cameras, good battery life, 4G support, good performance, expandable storage...

The Honor 6 is the first phone launched by Huawei, under a new brand: Honor. The phone packs high-end specs but comes with a low-end price.

The Honor 6's crisp, bright display makes videos and pictures look great, its octa-core processor will handle anything you're likely to throw at it, and its price tag is extremely reasonable.

The Huawei Android skin makes some big changes to the platform, which some will find frustrating to live with, and the phone itself feels slightly cheap.

Its software might not be perfect, but the Honor 6 packs an impressive lineup of specs for a brilliant price. If you want the crisp screen and fast speeds of the top-end phones but don't fancy the price tag, the Honor 6 is a great phone to go for.

Huawei 5in smartphone has the looks and the price to challenge the big names, but is the hardware any good?

The Huawei Honor 6 doesn’t do an awful lot wrong. It may not be as cheap as the Motorola Moto G 2, or as fast and all-round competent as the Sony Xperia Z3 Compact, but its sleek design, decent cameras, high-quality display and acceptable all-round...