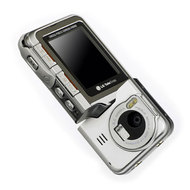 alaTest has collected and analyzed 83 reviews of LG KG920. The average rating for this product is 3.9/5, compared to an average rating of 4.1/5 for other Cell phones for all reviews. People are impressed by the price and battery. The portability and camera are also appreciated, but the usability and performance get mixed comments.

We analyzed user and expert ratings, product age and more factors. Compared to other Cell phones the LG KG920 is awarded an overall alaScore™ of 82/100 = Very good quality.

Below is a list of reviews for this or similar products. If you think this grouping is wrong please click here to flag.
Read more on our FAQ’s page.
Showing 1 - 10 of 29 Show Reviews: in English | in other languages (48)

You can now get a phone in the UK with a 5-megapixel camera. But does it make the grade as an all-rounder?

The first UK mobile phone with a 5-megapixel camera

Costing over £400, this is far from being a bargain, but the camera is second to none

It was only ever going to be a matter of time before a camera-phone boasting 5-megapixels made its way into the UK, and LG is first past the post with its KG920. The lens sits on ...

The KG920 produces reasonable quality photos and is good enough for getting prints from holiday snaps. Its range of features is OK, but it doesn't compare to what you get with a good digital camera, and there are plenty of 5-megapixel - and higher -...

This is World's first review, where all photos were made by mobile handset LG SV550, analogue of GSM-model LG KG920

We shall not compare LG KG920 and LG SV550 in this article, we will try our best to explain what strategy is used by Korean manufacturer, by introducing amazingly expensive handset, and will its hopes prevail instead

Just as we're swooning over 3.2-megapixel camera phones, LG, out of nowhere, blows the whole mobile photography race out of the water with the UK's first ever five-megapixel handset. Gulp. 3G brings you one of the first looks at this non 3G mobile phone.

Purely as a camera, the KG920 takes the best photos we've seen on a mobile phone.

Like with the Sony Ericsson K800i, we were disappointed to see an optical zoom missing in action. For such a powerful camera phone we were expecting, nay, demanding this feature.

The LG KG920 is a high quality camera focused mobile phone which has been designed by LG with its imaging features in mind. The mobile phone comes in an effective silver coloured casing which is only 18 mm think. The handset looks like a digital camera...

Last year we stood and watch megapixels grows and grow, and just when we thought that the cameraphone battle would continue in another direction – additional features such as auto-focus, better camcorder capabilities, etc. we saw a GSM mobile phone...

Koreans have been enjoying 5 megapixel cameraphones for quite some time now. The original version of the KG920 – the LG SV550 has been available since 2005. Current Korean CDMA mobiles have reached the heights of 8 and 10 megapixels already. The GSM...

Recently we've got LG K920 for testing; this is one of the first 5MP camera GSM phones available on the market. We've decided that it's a good idea to test it against one of the best currently available 3MP camera phones, and also great rivals - Sony...

We, on other hand, just can't tell you which of the 3 megapixel shooters to choose. However it's more important for us to tell you what the differences are, so you can choose for yourself

Is this a phone in a camera or acamera in a phone ? A 5 mega-pixel CCD camera within a phone really change theconcept of a phone into something that we have never imagined possible.

Not satisfied with the standard 2.0 or 3.2megapixel phones that are currently in the market, LGhas decided to raise the bar by introducing a 5.0-megapixel GSM phone - the LG KG 920.