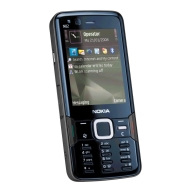 alaTest has collected and analyzed 683 reviews of Nokia N82. The average rating for this product is 4.2/5, compared to an average rating of 4.1/5 for other Cell phones for all reviews. Reviews about the screen and design are generally positive. The performance and GPS navigation also get good reviews. There are some less positive opinions about the price and portability.

We analyzed user and expert ratings, product age and more factors. Compared to other Cell phones the Nokia N82 is awarded an overall alaScore™ of 86/100 = Very good quality.

Below is a list of reviews for this or similar products. If you think this grouping is wrong please click here to flag.
Read more on our FAQ’s page.
Showing 1 - 28 of 315 Show Reviews: in English | in other languages (336)

alaTest has collected and analyzed 17 user reviews of Nokia N82 from Amazon.co.uk. The average user rating for this product is 4.5/5, compared to an average user rating of 4.1/5 for other Cell phones on Amazon.co.uk. Reviewers are impressed by the camera. The performance also gets good feedback, whereas many are less positive about the size. There are some mixed opinions about the price.

As a camera, it's one of the best we've seen on a phone. But as a phone, have we seen better?

Nokia's flagsip mobile phone is the N95 8GB, but that still hasn't stopped the Finish company from launching the N82 a pseudo N95 with a focus on the digital camera elements rather than an overall multimedia device. But is it just a candy bar version...

Prickly keys, same as the Nokia N95 bar the flash

The N82 is best described as the bastard child of the N95 and not really an improvement on the N81. This is Nokia packaging its current lineup of phones in a different form factor and adding a Xenon flash rather than offering anything new and improved.

Nokia's camphones have frequently been second best to their Xenon-based Cyber-shot rivals. All this is about to change with the formidable N82

It won’t get the style hounds cooing with delight, but the N82 is a powerful smartie and undoubtedly Nokia’s best ever camphone

Nokia's camphones have frequently been second best to their Xenon-based Cyber-shot rivals. All this is about to change with the formidable N82

It won’t get the style hounds cooing with delight, but the N82 is a powerful smartie and undoubtedly Nokia's best ever camphone

The somewhat cheap look of the phone is in stark contrast to the wealth of features on offer here, with its great connectivity and multimedia spec

The second of Nokia's N-series phones in the group looks similar to the N78, with a numeric keypad and narrow buttons. 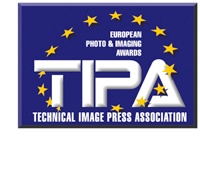 The N82 by Nokia is a compact multimedia computer that integrates phone, GPS, web, video and music functions around a 5 megapixel camera with a high-speed, f/2.8 autofocus lens. This Carl Zeiss Tessar focuses from 10cm to infinity and produces sharp...

Even for an N-series, this phone has loads of features, including GPS, a great camera, HSDPA data speeds and N-Gage games

The phone is no looker, the keys are small and the plastic finish feels cheap

Nokia N82 is a mobile phone by Nokia. It has a 5 megapixel camera with secondary CIF videocall camera at the front. It measures 112 x 50.2 x 17.3 mm and weighs 114 grams. Some of its features include an organiser, push-to-talk capabilities, 3.5 mm...

GPS, N-Gage support, a crisp 2.4-inch screen and a camera to die for make the N82 a smartphone to rival all smarties! Nokia N82 is tagged with Nokia, mobile phone, N-Gage and GPS device. Select a tag (Nokia, for example) to find everything on The...

Some mobile phones cry out to be picked up and used. While the Nokia N82 does not fall into this category, it is not too unpleasant on the eye.

click to enlarge Adopting a chunky candy-bar style, this Nokia N82 3G Smartphone dimensions are 112 x 502 x 17.3mm. It has a silver fascia with a large screen that gives a 38 x 50mm viewing area. The screen can display 16.7 million colours producing...