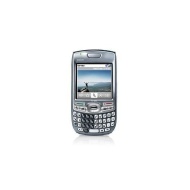 alaTest has collected and analyzed 737 reviews of Palm Treo 650. The average rating for this product is 3.6/5, compared to an average rating of 4.1/5 for other Cell phones for all reviews. People are impressed by the screen and size. The portability and performance also get good feedback. The durability and price get mixed views, and some have doubts about the apps and sound.

We analyzed user and expert ratings, product age and more factors. Compared to other Cell phones the Palm Treo 650 is awarded an overall alaScore™ of 83/100 = Very good quality.

Below is a list of reviews for this or similar products. If you think this grouping is wrong please click here to flag.
Read more on our FAQ’s page.
Showing 1 - 379 of 587 Show Reviews: in English | in other languages (142)

alaTest has collected and analyzed 42 user reviews of Palm Treo 650 from Amazon.co.uk. The average user rating for this product is 3.7/5, compared to an average user rating of 4.1/5 for other Cell phones on Amazon.co.uk. Views about the durability and reliability are overall positive. The performance and usability also get good feedback, but there are some mixed views about the price. The sound and design get critical comments.

69% of the reviews on Amazon.co.uk give this product a positive rating.

alaTest has collected and analyzed 327 user reviews of Palm Treo 650 from Amazon.com. The average user rating for this product is 3.3/5, compared to an average user rating of 3.8/5 for other Cell phones on Amazon.com. People really like the size and price. The portability and performance also get good views, whereas there are some critical opinions about the apps and sound.

61% of the reviews on Amazon.com give this product a positive rating.

Check the price and contract details in the new year, as this will not be a cheap phone (probably selling for something like Â£380 the 600 currently sells for SIM-free). Expect this to be a reliable replacement for a trusted performer.

Designed for the business user and now sporting the required set of functions like Bluetooth and a vibrant colour screen can Palmone's Treo 650 become the business smartphone of choice?

Released in February 2005, Palm's quad-band Treo 650 is a hybrid PDA/mobile-phone device that addresses many of the shortcomings of its hugely popular...

No handwriting recognition, Wi-Fi is not supported, only 22MB of memory

The Palm Treo 650 is a fully featured smartphone with its small size, backlit keyboard and improved camera making it a worthwhile purchase.

First (official) look at the Treo 650

Expect loads more in the coming days, but for right now TreoCentral has what is more or less the first hands-on review of the new Treo 650 (we probably shouldn't count that guy who said he got to play with one at a Sprint store a few weeks back). ...

In late 2006, Palm's Treo 700w received a quiet upgrade to the 700wx, which has the same design and runs the same OS but contains enhancements under the hood. Most notable is the RAM upgrade: With 48MB after a hard reset, the 700wx (available on the...

Talk-time battery life is poor ; Keys are stiff and too close together

The 700wx is physically identical to the already-impressive Treo 700w, but adds some worthy upgrades under the hood.

Though it has its shortcomings, the Palm Treo 650 offers solid performance and adds some key features to maintain its reign as smart-phone leader.

The Treo 650 from Sprint combines the venerable Palm operating system with a nicely designed handset that includes a fairly usable QWERTY keyboard and a vibrant display. It's not perfect--some design quirks and a high price are among its drawbacks--but...

Finally, there's the price. Our test unit, from Sprint, sells for $500 (as of April 7, 2006, with a two-year contract). That means the Treo 650 carries roughly the same price tag as a value-priced desktop PC. Carrier rebates bring that price down a...

Small keys can be hard to use for typing ; Small amount of accessible memory

Intro When we made our wish list for the successor to the well-received Treo 600 , it was to keep the great design but add several missing features. Fortunately, that's precisely what PalmOne did with its new Treo 650. This model offers a...

The Palm Treo 650 benefits from an improved display and keyboard, integrated Bluetooth, and a speakerphone. The world phone also has a 312MHz processor, Palm OS 5.4, multimedia, and e-mail support.

Sadly, the Palm Treo 650 has meager integrated memory, no built-in Wi-Fi, and a cumbersome Bluetooth setup. Also, the Treo 650 suffers from average audio quality, a low-resolution camera, a nonstandard headphone jack, and no analog roaming.

Though it has its shortcomings, the PalmOne Treo 650 offers solid performance and adds some key features to maintain its reign as smart-phone leader.