alaTest has collected and analyzed 138 reviews of Samsung Galaxy Note 10Plus / Note10+/ Note10 Pro (2019). The average rating for this product is 4.4/5, compared to an average rating of 4.1/5 for other Cell phones for all reviews. Reviewers are impressed by the battery and design. The camera and performance are also appreciated. The GPS navigation and connectivity get critical opinions, while views are divided on the portability.

We analyzed user and expert ratings, product age and more factors. Compared to other Cell phones the Samsung Galaxy Note 10Plus / Note10+/ Note10 Pro (2019) is awarded an overall alaScore™ of 92/100 = Excellent quality.

Below is a list of reviews for this or similar products. If you think this grouping is wrong please click here to flag.
Read more on our FAQ’s page.
Showing 1 - 10 of 81 Show Reviews: in English | in other languages (53)

Samsung Galaxy Note 10 Plus Review: It's big and It's powerful

Here's our in-depth review of the Samsung Galaxy Note 10 Plus, the Korean company's new top phablet and 2019 competitor. Is it the best big phone?

Camera isn’t quite up there with the best;Dodgy Live Video bokeh mode;65w charger not included

How does the fresh-faced Galaxy Note 10 Plus compare to the P30 Pro? We look at the best (and most pricey) that Samsung and Huawei have to offer.

The Galaxy Note 10 Plus mixes premier Samsung flagship features, its signature S Pen stylus, and one of the biggest batteries on the market. Here's our review.

At release the Galaxy Note 10 Plus was Samsung's biggest and most powerful phone, and its Aura colors almost symbolically reflect smartphone luxury top to bottom. The hand-stretching 6.8-inch display is perfectly paired with the S Pen and an extra-big...

The Samsung Galaxy Note 10+ is the embodiment of smartphone royalty, as well as excess…

The Note 10+ gains features, but do they make it a better media machine?

No headphone jack or adapter ; Punch hole can be distracting ; Slightly unnatural colours

The Galaxy Note 10+ is a world-class media phone, but some of the changes Samsung has – and hasn’t – made aren’t the best for video and music

The S Pen is star of the show here, as with the Galaxy S series sitting close in spec, it's the stylus functions that make this phone stand out.

Battery life not great for a phone of this size ; Design a little too wide ; Generally poor connectivity in our testing (using Three 4G SIM) ; Aura Glow finish will be love/hate ; Cameras not class-leading ; Closer than ever to S series

It's all about the S Pen stylus. That, ultimately, is what makes the Note 10+ a king in among the crowd, because it's a genuinely useful point of difference. It's a necessary one, too, as the battery life, connectivity and cameras simply aren't...

For the first time ever, there's a plus model of Samsung's S Pen smartphone. Here's why you'll want the Galaxy Note 10+ if you like having extras.

To be or Note to be?

Stunning and huge screen ; Powerful ; S Pen is better than ever

Cameras could be better at this price

A very capable and glamorous android phone with a touch too much swagger for most.

With two Galaxy Note 10s to choose from, the bigger brother is the most interesting of the two

Stunning design ; Superb performance ; Loads of cameras to play with

Extremely expensive ; S Pen upgrades are minor ; Quite big for one-handed use

It’s abundantly clear that the Galaxy Note 10 Plus is Samsung’s best phone yet. Your wallet might be preemptively running for the hills, but no other phone from Samsung, or any manufacturer for that matter, offers quite as well-rounded of an approach... 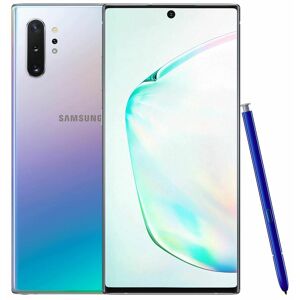 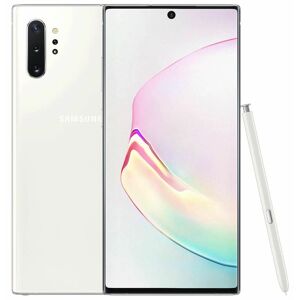 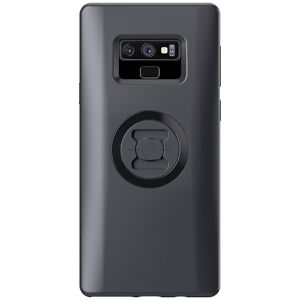