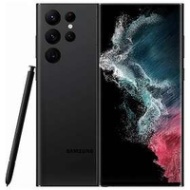 alaTest has collected and analyzed 71 reviews of Samsung Galaxy S22 Ultra 5G. The average rating for this product is 4.4/5, compared to an average rating of 4.1/5 for other Cell phones for all reviews. Comments about the usability and performance are overall positive. The camera and design are also mentioned favorably. Many are less positive about the sound and connectivity. Opinions are divided on the size.

We analyzed user and expert ratings, product age and more factors. Compared to other Cell phones the Samsung Galaxy S22 Ultra 5G is awarded an overall alaScore™ of 100/100 = Excellent quality.

Below is a list of reviews for this or similar products. If you think this grouping is wrong please click here to flag.
Read more on our FAQ’s page.
Showing 1 - 10 of 42 Show Reviews: in English | in other languages (27)

The new benchmark for flagship phones?

If you can deal with the average battery life, this is the new flagship Android phone to rule them all – and that’s before taking into account the new S Pen

Samsung takes the Galaxy into the Note zone with a big, pricey, and generally excellent Android phone

Pricey ; No microSD slot ; Battery life could be better

The Samsung Galaxy S22 Ultra is perfect for professionals, creatives and smartphone enthusiasts

The Samsung Galaxy S22 Ultra is everything you'd expect from a flagship smartphone and more. New features like the slot for the S Pen along with the latest hardware make this perfect for productivity, while the new camera features make for incredible...

A phone of Note

The top-tier S22 brings an integrated S Pen stylus to the S series for the first time, but is that reason enough to buy one - or quite the opposite?

Bright and punchy screen with adaptive refresh rate ; Distinctive camera design is eye-catching - and it's very capable too ; Integrated S Pen stylus is great (but not everyone will use it)

Battery life is questionable ; Software not entirely bug-free ; Not everyone will want the built-in S Pen stylus - this is S series not a Note after all ; No microSD card expansion ; Pricey

The Ultra is a total departure for the Galaxy S22 series, integrating a little S Pen stylus, which makes it rather like the Note that never was. Many features aren't hugely different to the outgoing S21 Ultra, however, but this handset is all about...

Expensive ; Exynos 2200 isn't as powerful as 8 Gen 1 ; Slower charging than key rivals ; Can be hard to hold one-handed

The Samsung Galaxy S22 Ultra is the perfect upgrade for existing Galaxy Note users, offering the same design language, a built-in S Pen slot and more. Throw in flagship specs including a WQHD+ 120Hz display, one of the best camera setups around and...

The Galaxy Note is dead, long live the S22 Ultra

Expensive ; No expandable storage ; Too large for some

The most fully-featured smartphone you can buy

Samsung Galaxy S22 Ultra review: A Note in all but name

The S Pen is back, and the Samsung Galaxy S22 Ultra is the right place for it

As you can probably tell from the length of this review, there’s a heck of a lot to talk about when it comes to the Galaxy S22 Ultra. Samsung’s Note but not a Note, this year’s top-end S-series flagship stands well apart from its cheaper siblings, and... 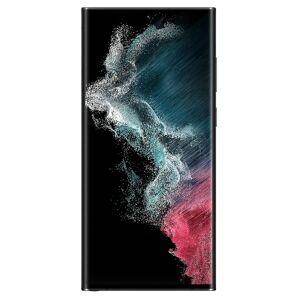