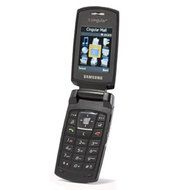 alaTest has collected and analyzed 264 reviews of Samsung Sync. The average rating for this product is 3.9/5, compared to an average rating of 4.1/5 for other Cell phones for all reviews. Comments about the camera and screen are overall positive. The performance and design are also mentioned favorably. Opinions about the portability and usability are mixed, while there are some critical reviews about the GPS navigation.

We analyzed user and expert ratings, product age and more factors. Compared to other Cell phones the Samsung Sync is awarded an overall alaScore™ of 79/100 = Good quality.

Below is a list of reviews for this or similar products. If you think this grouping is wrong please click here to flag.
Read more on our FAQ’s page.
Showing 1 - 10 of 264 Show Reviews: in English

It's standard for cellular carriers these days to tout a music service and phones that work with it. But most of these so-called "music phones" can't compete with dedicated digital audio players. This certainly holds true for Cingular's Samsung...

If you're looking for a phone that lives up to the "music phone" hype, you'll be disappointed in the Sync. It is inexpensive and does a good job with Web content, but it didn't win fans with its voice quality or talk time

For a device that claims to be a music phone, the Sync makes listening to music a lot harder than it should be.

After Sprint and Verizon Wireless introduced their music-downloading services in late 2005 and early 2006, we were left wondering when Cingular Wireless was going to make a musical move of its own. The carrier made a few feints in that direction this...

The Samsung Sync has an attractive design that includes a great internal display. It also supports Cingular Music and offers a full range of features, including support for HSDPA networks, stereo Bluetooth, and a satisfying 2-megapixel camera.

The Samsung Sync had average call quality at times, and we weren't impressed by the navigation controls or keypad. Also, it doesn't come with a USB cable in the box.

The Samsung Sync is a great choice for music-mad cell phone users, but its call quality could be better.

I'm willing to overlook some minor issues because of what Cingular has packed in here for only $49 with contract. The A707 doesn't sound quite as good as the Sony Ericsson Walkman phone, but it syncs, and that's what really matters.

If you use Napster, Yahoo!, or Windows Media Player, this phone gives you an easy and affordable way to bring your music with you.

Our in depth review of Cingular's slimmest 3G phone yet.

Both display screens worked well even in sunlight ; MP3 player worked great, not an iPod killer, but definitely easy to use ; Memory slot is a nice plus ; Digital camera is high quality ; Low price ; for the price this phone is an excellent value ;...

Battery life could be a tad better, make sure you close your applications for maximum battery life ; Camera was very high quality ; however, you do need to take pics in good lighting conditions

The SGH A707 is a very good phone for the money.

The Sync's internal display is huge at 2.24 inches (176x220 pixels), and it supports 262,000 colors. It's very easy on the eyes, offering vibrant, eye-popping colors and readable text. As with most Samsung displays, it's difficult to see in direct...

sharp edge when placed next to ear. low audio when not in speaker

My Samsung Sync is a great all around phone

I know this is not the "latest & greatest" of technology for phones, and that Ive had mine for awhile, but... This phone has all the features and functions that I personally will ever need in a cell phone. I am NOT a text junkie, and use my phone for...

I previously owned the Samsung Sync a707. I did not care for this phone the whole time I owned it I had nothing but trouble with it. I live in a very open area, near cell towers but the phone was constantly dropping calls. My battery would not hold...