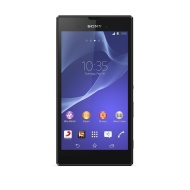 alaTest has collected and analyzed 337 reviews of Sony Xperia T3 / Xperia Style. The average rating for this product is 4.0/5, compared to an average rating of 4.1/5 for other Cell phones for all reviews. People are impressed by the screen and design. The performance and usability are also appreciated, but there are some negative opinions about the durability.

Below is a list of reviews for this or similar products. If you think this grouping is wrong please click here to flag.
Read more on our FAQ’s page.
Showing 1 - 10 of 106 Show Reviews: in English | in other languages (121)

A large 5.3-inch phone at a tempting price

The price isn't right on the Xperia T

There are some attractive features, such as the UI, on the Xperia T3 but the price just isn't right when compared to this year's mid range competition, and last years now reasonably priced flagships.

Sony Xperia T3 video review: budget smartphone has a specific customer in mind - is it you?

In the past few weeks Apple has unveiled several new products. Which are you most excited about?

Sony's official price for the Xperia T3 is £299 placing it at exactly the same cost as the Nexus 5. However, you can pick it up cheaper, around £245, at retailers such as MobiCity, so you can save money in comparison.

The Xperia T3 is a good but not great smartphone which will only really suit a particular customer: those wanting a large screen smartphone without spending loads of cash. It delivers this but you should consider the slightly smaller Nexus 5 for a...

Decent phone with a large display and super slim chassis, but it lacks something special

Sony Xperia T3 has good looks, a big screen and a solid camera

The Sony Xperia T3 doesn't have an impressive lineup of specs, but its big screen and good looks help to make up for it.

The Xperia T3 looks good, has a massive screen to show off your video and the camera isn't at all bad either.

The display has a disappointingly low resolution, the processor is the same that you'll find in the considerably cheaper Motorola Moto G and the battery life is far from impressive.

The Xperia T3 may not have the high-end specs of its top end brother, the Xperia Z2, but its big screen and good looks make it a fair choice for those of you looking for an attractive phone with a display large enough to enjoy movies on the go.

The Sony Xperia T3 is a promising mid-range smartphone in many regards; the screen, battery life, design and build are all alluringly competitive. However, the T3’s underwhelming performance is, for us, a real dealbreaker. We’d recommend either the...

Sony's latest smartphone is the Xperia T3 a budget phablet with thin design and mid-range specs. Read our full review of the Xperia T3 to find out more.

The Xperia T3 is a good but not great smartphone which will only really suit a particular customer: those wanting a large screen smartphone without spending loads of cash. It delivers this but you should consider the slightly smaller Nexus 5 for a...

A good looking slimline smartphone that borders on a phablet. It's got a mid-range spec and assuming its price reflects this then the T3 could a very good buy.

- Just 8GB of onboard storage ; - Display is only 720p, not full HD ; - Sony's software is becoming increasingly bloated and intrusive