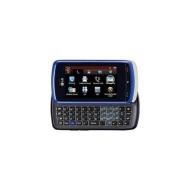 alaTest has collected and analyzed 382 reviews of LG Xenon GR500. The average rating for this product is 3.1/5, compared to an average rating of 4.1/5 for other Cell phones for all reviews. People are impressed by the reliability and durability. The price and portability also get good feedback. Opinions are divided on the design, while the social networking functionality and connectivity get negative opinions.

We analyzed user and expert ratings, product age and more factors. Compared to other Cell phones the LG Xenon GR500 is awarded an overall alaScore™ of 81/100 = Very good quality.

Below is a list of reviews for this or similar products. If you think this grouping is wrong please click here to flag.
Read more on our FAQ’s page.
Showing 1 - 356 of 381 Show Reviews: in English

alaTest has collected and analyzed 346 user reviews of LG Xenon GR500 from Amazon.com. The average user rating for this product is 3.0/5, compared to an average user rating of 3.8/5 for other Cell phones on Amazon.com. Reviewers are impressed by the durability and screen. The price and portability also get good feedback. There are some less positive opinions about the reliability.

60% of the reviews on Amazon.com give this product a positive rating.

LG's Xenon isn't a bad little phone, but its design is a little underwhelming and we would have liked native applications for social-networking sites. On the current Telstra plan it's hard to see any value in this device, especially considering the...

The LG Xenon offers plenty of multimedia power, a slide-out QWERTY keyboard, and even a good Web browser for not much cash.

The LG Xenon GR500 is a lightweight slider phone aimed at the texting generation. Unlike many sliders with a QWERTY keyboard, the Xenon is a full-blown touch-screen phone. It's styled to look like a bulky RAZR imitator, complete with a small "chin" at...

It's tough to fault the LG Xenon, a powerful slider phone that can handle media tasks with aplomb.

Touch screen phones combining a QWERTY keyboard are becoming more common nowadays. This offers consumers a wider range of capabilities which appeal to text messengers. The LG Vu has been around for quite some time now on AT&T's lineup which gave the...

Matching a touchscreen with a full-QWERTY keyboard at this price point is fantastic. Anyone looking to make their cyber-life mobile should check out the Xenon.

The LG Xenon GR500 is an affordable slider phone with QWERTY keyboard for just $99. The full keyboard is perfect for any texting fanatic. This touch screen cell phone includes a web browser, instant messaging and email.

Find out about the features and functions of the LG Xenon cell phone. Read this LG Xenon review to find out if it is worth buying or outdated.

The LG Xenon is a mobile phone aimed at users who want to chat, e-mail, and socialise while on the go. It comes with a touchscreen and a slide out QWERTY keypad for easy text input.

I bought the ten dollar year warranty and I'm still going to try and sell it, its not worth it. Awful.

Threaded Text? I'm not sure, theres really not much I like about it.... at all

Touch Screen is Laggy ; Doesn't auto-delete texts, which I didn't even know was a thing. You have to manually delete your texts. Which is more annoying than you would think, because this phone only stores 180 texts ; Every time you want to capitalize a...