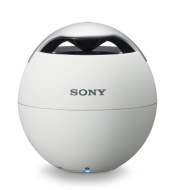 alaTest has collected and analyzed 634 reviews of Sony SRS-BTV5/B. The average rating for this product is 4.2/5, compared to an average rating of 4.3/5 for other products in the same category for all reviews. Reviewers are impressed by the reliability and price. The design and usability also get good opinions.

We analyzed user and expert ratings, product age and more factors. Compared to other products in the same category the Sony SRS-BTV5/B is awarded an overall alaScore™ of 91/100 = Excellent quality.

Below is a list of reviews for this or similar products. If you think this grouping is wrong please click here to flag.
Read more on our FAQ’s page.
Showing 1 - 149 of 167 Show Reviews: in English | in other languages (7)

alaTest has collected and analyzed 15 user reviews of Sony SRS-BTV5/B from Amazon.co.uk. The average user rating for this product is 4.3/5, compared to an average user rating of 4.3/5 for other products in the same category on Amazon.co.uk. Views about the reliability and design are overall positive. The usability and size also get good reviews, but there are some less positive views about the price.

alaTest has collected and analyzed 113 user reviews of Sony SRS-BTV5/B from Amazon.com. The average user rating for this product is 4.4/5, compared to an average user rating of 4.2/5 for other products in the same category on Amazon.com. Comments about the reliability and design are on the whole positive. The usability and price also get good views.

93% of the reviews on Amazon.com give this product a positive rating.

alaTest has collected and analyzed 11 user reviews of Sony SRS-BTV5/B from Amazon.ca. The average user rating for this product is 4.1/5, compared to an average user rating of 4.4/5 for other products in the same category on Amazon.ca. Opinions about the usability and price are on the whole positive. The size and design are also appreciated.

91% of the reviews on Amazon.ca give this product a positive rating.

The Sony SRS-BTV5 wireless Bluetooth speaker has a lot of positives, including a sturdy design and good features like speakerphone and NFC capabilities, but it doesn't beat the competition for the price.

The ; is a sleek and compact ball-shaped wireless Bluetooth speaker that offers a good feature set, including a built-in rechargeable battery, speakerphone capabilities, an auxiliary input, and NFC one-touch tap-to-pair technology.

In terms of sound it fails to distinguish itself from the pack, and the NFC technology proved problematic.

The Sony SRS-BTV5 wireless Bluetooth speaker boasts speakerphone and (iffy) NFC capabilities, but it doesn't beat the competition for the price.

Expert review by : Will Greenwald (pcmag.com)

After having a tour of Sony's various products back at CES 2013 earlier this year in Las Vegas, I felt I needed some of a hands on approach with many of the devices. One of those was the SRS-BTV5 (wireless speaker) which actually doesn't even have an...

Awesome quality for its size, wonderful build, works as a hands free

OK, so the one I bought is refurbished, so I don't know how long the battery should last on a new one or not.I charged this with the USB cable included in the kit until the charge light went out indicating a full charge.I paired it with my cell phone...

It is a very compact, cute and cool way of listening to music on the phone. The sound was louder than I thought it would be from a speaker so small. It was very easy to connect to my phone as well. However, the only con is if there isa phone call and...

lightweight, easy to use, clear sound

phone calls will be on speaker

I love this mighty small ball. I got it a month or so ago and it's really good.

Crisp clear sound and call quality from a orange?

This is by far the best product I have ever bought for my phone. I am able to use my Music Unlimited app on my phone and the sound quality is AMAZING CRISP AND CLEAR. the fact that all I have to do is tap it to my Galaxy S III and its paired up makes...

Absolutely nothing so far

Sounds as good as at looks

This is a very well designed and engineered Sony product that not only looks great but also produces a very clear and crisp sound. I keep it on my desk so that I can listen to music and podcasts via the bluetooth feature. It works great with my iPhone,...

Thinking of getting another one!

So I've had this little speaker for about a week. It produces great sound, minus some bass because frankly, it's a small speaker. I didn't give it 5 stars because I had some issues pairing this speaker using NFC, but then found the Sony Easy NFC App in...

Not a lot of Bass, volume control is confusing and there aren't many color options