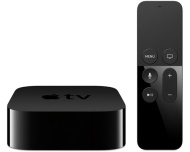 alaTest has collected and analyzed 1279 reviews of Apple TV (4th Gen, 2015). The average rating for this product is 4.5/5, compared to an average rating of 4.2/5 for other products in the same category for all reviews. Opinions about the software and remote control are overall positive. The size and design also get good views. There are some mixed views about the price.

We analyzed user and expert ratings, product age and more factors. Compared to other products in the same category the Apple TV (4th Gen, 2015) is awarded an overall alaScore™ of 93/100 = Excellent quality.

Below is a list of reviews for this or similar products. If you think this grouping is wrong please click here to flag.
Read more on our FAQ’s page.
Showing 1 - 10 of 691 Show Reviews: in English | in other languages (588)

I've never been that impressed by Apple TV. I found the 3rd generation one from 2012 too basic, and the Chromecast took its place as my streaming solution of choice in 2013.

The app store currently lacks content and its gaming credentials are a little suspect, but the new Apple TV is a brilliant new way of interacting with your TV and will keep you glued to a big screen instead of a small one.

The future of TV is here. Well, that is the supposed promise from Apple. But with 4K competitors such as the Amazon Fire TV upping the resolution stakes and Apple sticking to its Full HD guns, can the Apple way compete? As a day one device the new...

As a day one device the new Apple TV feels a bit half-baked, especially in light of the strengthening competition. And as it's taken a couple of years for a refresh to appear, so we feel Apple should be a step ahead of the game.

Slick, powerful and with a brilliant voice-activated remote, the new Apple TV is a top media streamer that's improving all the time

So, should you buy the new Apple TV? Well, the answer really depends on what you want to do. If you just want something cheap and are happy to beam stuff from your phone, the Chromecast is hard to beat on value. If you don’t care about apps and just...

The Apple TV 4K is now available, and it costs only £30 more than the standard Apple TV, reviewed here. For just about everyone, my advice is to skip this box and pay the extra £30 for the Apple TV 4K.

The new Apple TV delivers the most polished video experience today, with speedy reactions and a familiar yet attractive interface. It has the best remote on the market. Siri's voice search makes finding stuff to watch even easier.

Apps from most major UK terrestrial channels are missing, as are services such as Sky's Now TV and Amazon Video. Apple TV costs more than similar devices such as the Roku, Amazon Fire TV and Chromecast. Non-entertainment apps aren't very compelling yet.

Apple TV is a gorgeous gateway to Apple's world of movies and TV, but the absence of major apps at launch hampers its appeal in the UK.

Third-party games and apps ; Stable and responsive ; Siri could be a game-changer ; Very fast, easy set-up

Finally wrenched into the present, this Apple TV is a solid update that’s brimming with potential.

2015's Apple TV doesn't look widely different on the surface to its predecessor - it's larger, and has a sleeker-looking remote, but it's what's under the hood that counts. With the introduction of a dedicated app store and voice control, there are...

​New Apple TV (2015) review: So much potential, at present wasted

The latest iteration of the Apple TV has the potential to be a game changer, but the software just isn't there – yet

Here's everything we love and hate about the fourth-generation Apple TV.

We had such high expectations for the 4G Apple TV that we have to admit to being a little disappointed with it on launch day. However, many of our main complaints seemed easy to rectify, and updates to tvOS and the Remote app have indeed resolved...

Here's everything we love and hate about 2015's fourth-generation Apple TV, now including the new features in March 2016's tvOS 9.2 update

New onscreen keyboard is torturous to use ; limited genre-based listings on App Store

We had such high expectations for the 4G Apple TV that we have to admit to being a little disappointed with it on launch day. However, many of our main complaints seemed easy to rectify, and updates to tvOS and the Remote app have indeed resolved... 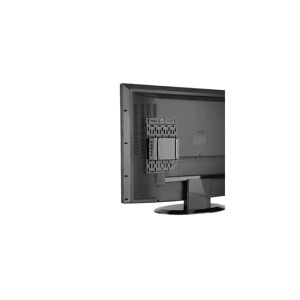 neomounts Newstar Apple TV Mount
Neomounts by Newstar Mediaplayer/Mini PC Mount This product offers you the best choice if you want to hide... £26.00 TO SHOP 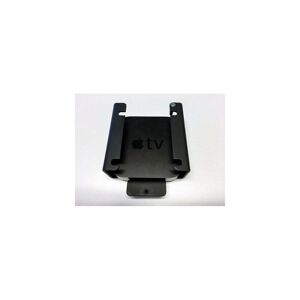 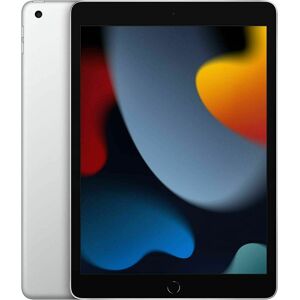